Alberta Adams (July 26, 1917 – December 25, 2014) was an American Detroit blues, jump blues, and Chicago blues singer. Raised in Detroit, she began performing as a tap dancer and nightclub singer in the 1930s. In 1952, she landed a recording contract with Chess Records and recorded alongside Red Saunders for the record label. Adams toured alongside Duke Ellington, Eddie Vinson, Louis Jordan, Lionel Hampton, and T-Bone Walker among others. Her solo career saw her secure a recording contract wit...

Raised in Detroit, she began performing as a tap dancer and nightclub singer in the 1930s. In 1952, she landed a recording contract with Chess Records and recorded alongside Red Saunders for the record label. Adams toured alongside Duke Ellington, Eddie Vinson, Louis Jordan, Lionel Hampton, and T-Bone Walker among others.

Her solo career saw her secure a recording contract with the now defunct Cannonball Records, and she recorded two albums for them: 1999's Born With the Blues and 2000s Say Baby Say. Her 2004 album, I'm on the Move, was released on Eastlawn Records label. In 2006 she released the EP Detroit's Queen of the Blues, which was named Outstanding Blues/R&B Recording at the 2006 Detroit Music Awards. At age 91 she recorded Detroit Is My Home, with Ann Rabson and Thornetta Davis as guest artists.

Alberta Adams was born as Roberta Louise Osborn on July 26, 1917 in Indianapolis, Indiana. She was raised in Detroit, Michigan by family members, initially an aunt. From a young age she wanted to be an entertainer. After escaping a difficult home life, at age fourteen she began living on her own, getting a small apartment near Woodward, where she stayed for five or six years.

She first began performing as a tap dancer on Detroit's Hastings Street club scene, and began singing shortly after. In the 1940s, she appeared at the B&C club as a tap dancer, amidst other artists such as John Lee Hooker. When headliner Kitty Stevenson was too ill to perform one night, Adams sang an impromptu two-song performance that led to the club hiring her as a vocalist for a five-year stint. Among her contemporaries and musical teachers on Hastings Street were John Lee Hooker, Big Maceo, Eddie Burns, and Eddie Kirkland.

It was on Hastings Street that Adams was first heard by the Chess Records brothers of Chicago, who signed her as a vocalist in the 1950s. While with Chess she recorded with Red Saunders' band among other artists, and a number of her tracks were later included on Chess compilations in the 1990s. For a time she was a member of the vocal group The Bluesettes, who toured as part of Tiny Bradshaw's big band. She also recorded for Savoy Records in Newark, N.J., releasing the single "Say Baby Say" with the T.J. Fowler Band.

Adams toured alongside Louis Jordan, T-Bone Walker, Duke Ellington, Eddie Vinson, and Lionel Hampton among others. After a hiatus from heavy performing and recording, in the 1990s Adams began touring with guitarist Johnnie Bassett.

In 1997 she contributed to the Detroit edition of Blues Across America. Allmusic stated that, "Chanteuse Alberta Adams, a long time fixture on the scene, closes things out with four wonderful sides using a core band that revolves around Johnnie Bassett. With this entry in this important series, it's obvious that Detroit blues is alive, well and thriving."[9] According to Allmusic the album gave her career a jump start, and led to the recording contract for her upcoming solo albums.

Her solo career saw her secure a recording contract with the now defunct Cannonball Records, and she recorded two albums for them: 1999's Born With the Blues and 2000s Say Baby Say. According to Allmusic, "Both albums were well received by blues critics and blues DJs, and they helped relaunch her touring career, as she frequented festivals around the U.S. and Canada in the late '90s and in 2000."

Her debut solo album Born With the Blues was released on February 16, 1999. She composed most of the songs, and the core band featured guitarist Johnnie Bassett, with musicians such as Bill Heid on piano. Born With the Blues made Living Blues' Top 25 Albums for 1999. It received 3/5 stars and a positive review from Allmusic, who described the album by stating that "Adams runs through a batch of tunes ranging from jump blues, New Orleans R&B, smoky ballads and jazzy slow blues. A seasoned performer, Adams still has a sizable amount of honey in her voice...just solid singing by a true American music treasure."

Her sophomore solo album Say Baby Say, released on June 6, 2000, was recorded over three days in October 1999. She again composed many of the songs, with Bill Heid, the pianist from her last release, contributing production and some composition. Drummer RJ Spangler co-produced. MTV praised the backing band, saying they offered "tasteful support," but went to state that "the main attraction here is the forcefully husky-voiced Adams. Emphasizing her candid attitude and masterful timing helps overcome the occasional moments where her expressive voice has been thinned by age." According to MTV, Adams has "stared down considerable challenges and wastes no time with pity or tact on her new album Say Baby Say: Life’s Trials and Tribulations According to Miss Alberta Adams." The album received 4/5 stars from Allmusic, who stated that in the album, "Adams looked back on a life raising three children and three stepchildren, four marriages, and decades of blues performance. Such a life has its contrasts of ups and downs reflected in the album."

According to JP Blues, "her solo career enjoyed a resurgence starting in the 1990s with her association with manager/musician RJ Spangler [of Eastlawn Records]."

"[In I'm on the Move] her voice oozes with a seasoned blues singer's gruffness, but never falters on pitch, and she knows exactly how to phrase a line. Despite some of her darker days, Adams also brings a wicked sense of humor to the proceedings."
— Matt Collar of Allmusic
Her 2004 album, I'm on the Move, was released on Eastlawn Records, a Detroit label operated by her drummer RJ Spangler. I'm on the Move included a number of backing musicians who were billed as The Rhythm Rockers; musicians such as Paul Carey contributed guitar and co-produced, while RJ Spangler was bandleader, drummer, and co-producer. The album was recorded over three days in July 2003, and released in 2004. Allmusic gave it a glowing review and 4.5/5 stars, stating the album "finds Adams at the top of her game and seeming to enjoy herself." The review also praised the production team, stating that Carey and Spangler "add an electric R&B aesthetic to the proceedings riding nicely between gutbucket shouters, mid-tempo swing and funky urban blues."

In 2006 she released the EP Detroit's Queen of the Blues with The Rhythm Rockers on Eastlawn Records. It was named Outstanding Blues/R&B Recording at the 2006 Detroit Music Awards.

At age 91, Adams returned to the studio and recorded Detroit Is My Home for Eastlawn Records. The album was released in 2008. Adams composed many of the songs, while background vocals were contributed by CeeCee Collins and Thornetta Davis. Among the band members were Shawn McDonald (organ), Ann Rabson on piano and composition, and RJ Spangler on drums and producing.

Adams continued to be an active performer and recording artist in her final years. In 2009 she contributed vocals and composition the album Local Boys by The Motor City Horns, and in 2010 was a composer and guest artist on Blowin' Away the Blues by Planet D Nonet. The following year she was a primary artist on the compilation album The Eternal Myth Revealed Vol.1, featuring her older tracks with Red Saunders on Chess Records, and in 2013 she was a primary artist on the Definitive Detroit Blues compilation album by Not Now Music.

In February 2014, singer Thornetta Davis and guest singer Tosha Owens were featured in a tribute concert to Adams, titled "To Alberta With Love." At the time Adams was 96 years old.

Adams died in Dearborn, Michigan after a period of failing health, aged 97.

Allmusic has called her "the personification of the Detroit blues scene," stating that "the undisputed, unrivaled, peerless Detroit Queen of the Blues is Alberta Adams." Mostly a self-taught vocalist, Adams has referenced some of her earliest musical influences as blues shouter Big Joe Turner and singer-songwriters Dinah Washington, Sarah Vaughan, and LaVern Baker. Read more on Last.fm. User-contributed text is available under the Creative Commons By-SA License; additional terms may apply. 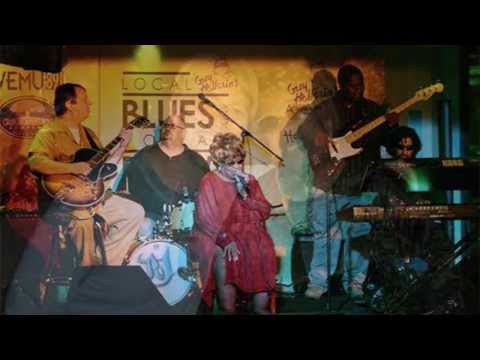 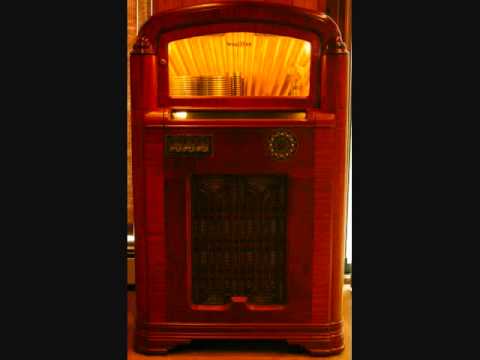 Messin' Around With the Blues 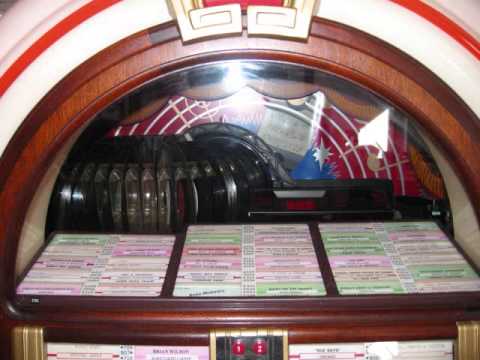 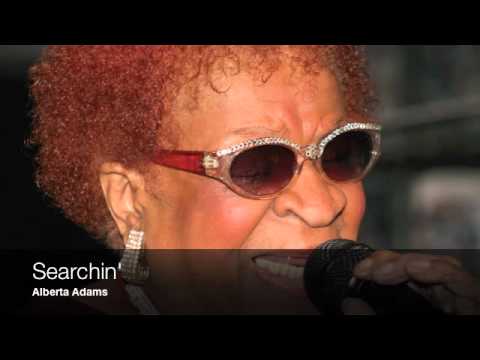 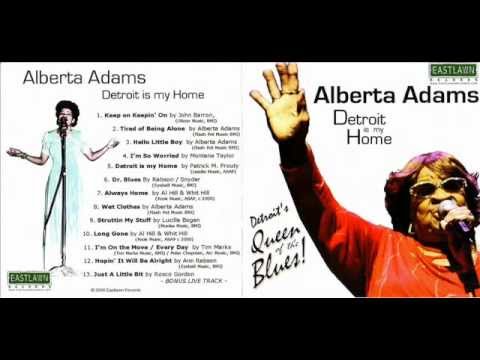 Tired of Being Alone