Agent Steel are a speed metal band from Los Angeles, California that was formed in 1984 by singer John Cyriis and drummer Chuck Profus. The band released two full length albums and one EP before ending in 1988. They were most notable for John Cyriis's high-pitched vocals, catchy songs, melodic riffs and fast tempos mixed in with their unusual (in heavy metal) UFO imagery. The band reformed in 1999 and has released three full length albums since. History In 1983 a demo was released by a speed me...

Agent Steel are a speed metal band from Los Angeles, California that was formed in 1984 by singer John Cyriis and drummer Chuck Profus. The band released two full length albums and one EP before ending in 1988. They were most notable for John Cyriis's high-pitched vocals, catchy songs, melodic riffs and fast tempos mixed in with their unusual (in heavy metal) UFO imagery. The band reformed in 1999 and has released three full length albums since.

History
In 1983 a demo was released by a speed metal band named Sceptre which contained two future Agent Steel songs: Taken By Force and 144,000 Gone. The guitarist on this demo was John Camps who is believed to be John Cyriis, a founder of Agent Steel. Taken By Force also appeared on the Metal Massacre IV compilation from Metal Blade.

John Camps left Sceptre (which then disbanded) and went on to join Abattoir as their vocalist under the name John Syriis, which soon changed to John Cyriis. He soon left Abattoir and teamed up with drummer Chuck Profus to form Sanctuary, which soon became Agent Steel. Mark Marshall (before he joined Savage Grace) and Sill Simmons joined the band as the two guitarists with George Robb on bass. This line-up recorded the 144,000 Gone demo in 1984.

Kurt Colfelt soon left the band after falling out with John Cyriis and formed Holy Terror. He was replaced by guitarist Bernie Versailles and an EP was recorded titled Mad Locust Rising in late 1985. It was released in the USA by Combat Records and in Europe by Music For Nations. This EP contained one of a few Judas Priest cover songs that were recorded by the band, The Ripper.

George Robb left the band soon after Mad Locust Rising was released and was replaced by bassist Michael Zaputil. In March 1986 the band went into Morrisound Recording Studios to record the full length follow-up to Mad Locust Rising, Unstoppable Force. The band stopped recording for a few months as they went to Europe to tour. They toured through May with Anthrax and Overkill where the split video US Speed Metal Attack was recorded. They returned in June to finish recording Unstoppable Force; however, the album was to be released in 1987 due to problems with the product.

After the recording of Unstoppable Force, the band was severed when the band members spread out across the USA. John Cyriis and Chuck Profus went to Tampa, Florida; while Juan Garcia, Bernie Versailles and Michael Zaputil who were annoyed with Cyriis stayed in California.

John Cyriis and Chuck Profus hired guitarists James Murphy and Jay Weslord as well as bassist Richard Bateman for a European tour. The tour was partly a success; however, some of the audiences did not seem to appreciate Agent Steel's more melodic approach to heavy metal (in comparison to harsher thrash metal). The final show of the tour with Nuclear Assault (which had the UK thrash metal band Onslaught as the opener) at Hammersmith Odeon on the 20th of June 1987 was recorded live and released as a video later that year.

Internal problems with the band and also the lack of appreciation by many metalheads during the tour caused the band to end in 1988.

After the band broke up in 1988 Chuck Profus and John Cyriis joined and formed a number of projects both together and separately.

Juan Garcia, after leaving Agent Steel, had formed the thrash metal band Evildead with ex-members of his old band Abattoir (as the band had split up by then). The band released 2 full length albums, an EP and a live album. They had reasonable success in the metal underground. Even though the band broke up, some of the members including Juan Garcia created a new band called Terror who released one album and an EP before breaking up.

In 1999 Agent Steel was reborn. Juan Garcia brought in bassist Karlos Medina that had been with him in Evildead and Terror, while Chuck Profus and Bernie Versailles returned. Bruce Hall joined the band as the new vocalist. His vocals were not as high-pitched as John Cyriis's but the clean sung vocals remained in Agent Steel.

Agent Steel recorded Omega Conspiracy in 1999 which was there first album in 13 years. Their sound continued on as speed metal with some modern touches.

Chuck Profus sustained a hand injury and so Rigo Amezcua (ex-Terror drummer) filled in for him for live performances. He soon decided to leave the band and so Rigo Amezcua replaced him permanently. With this line-up the band started writing new material for their next full length album starting in 2001. The album, titled Order Of The Illuminati, was released in 2003.

In 2005 Agent Steel released their first DVD which contains an entire performance at Dynamo Open Air.

In september of 2007 they released their fifth full length album, titled 'Alienigma'.

On May the 3th, 2010, the band announced the comeback of Cyriis with the following statement:

As some of you may, or may not have already heard the news that AGENT STEEL has parted ways with vocalist Bruce Hall. We as a band would like to acknowledge the accomplishments together with Bruce and the (3) three solid metal offerings; 'OMEGA CONSPIRACY', 'ORDER OF THE ILLUMINATI', and 'ALIENIGMA'. Together we had the fortune of touring and sharing the stage in some amazing places and visited some breathtaking countries. Bruce dedicated over a decade to AGENT STEEL and for this he should be recognized, and we part on good terms. We as a band still have the fire and passion to deliver the metal goods to fans from the past, present and future. We had been writing new material for the next chapter of AGENT STEEL, and after the news got out that we separated from Bruce; we were contacted by original singer; CYRIIS. Call it destiny; call it what you will, but now the communicative channel is open between AGENT STEEL and vocalist CYRIIS; we are in talks about an imminent AGENT STEEL reunion tour possibly involving summer/fall 2010 appearances and an extensive '2011' Metal-blitz. Honestly, we do not know how long this reunion will last; however this could be the long awaited destiny of AGENT STEEL originally interrupted, so long as everything moves forward in an evolving good working climate. Our objective regarding this AGENT STEEL reunion is attached with the intentions of providing the opportunity to not only the dedicated fans, but also to a whole new generation of metal fans the chance to see AGENT STEEL live on stage with CYRIIS; the original voice on the classic ‘SKEPTICS APOCALYPSE’, ‘UNSTOPPABLE FORCE’, and ‘MAD LOCUST RISING’ releases. The legacy continues...stay tuned." Read more on Last.fm. User-contributed text is available under the Creative Commons By-SA License; additional terms may apply. 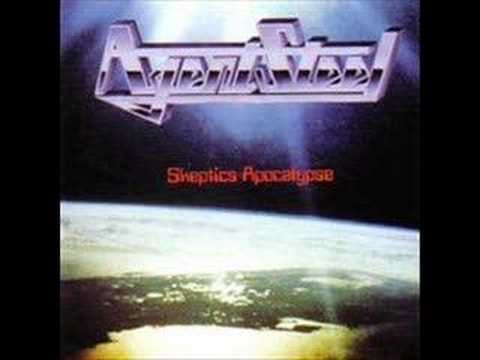 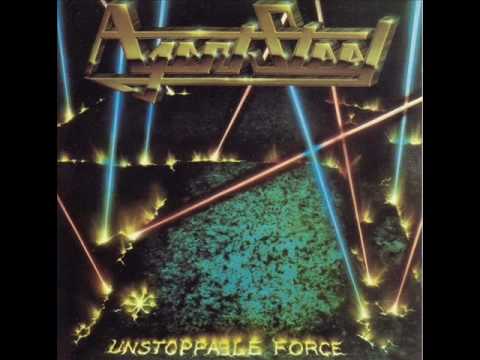 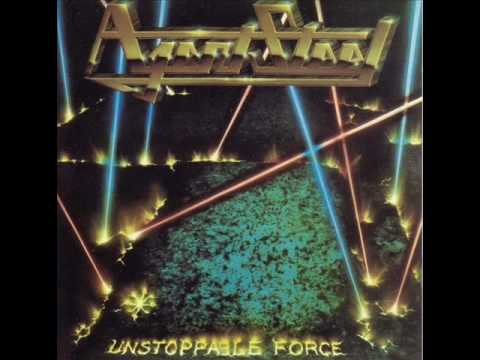