Adastreia is: Del Gentilini - Guitars Matt Clarke - Bass Josiah Lutton - Keyboards Jamie Dodd - Vocals Michael Row - Drums Adastreia began in July 2004 when a previous musical project involving Del, Matt & Westley disbanded. After initially forming as a four-piece with Alexandra on vocals and keyboards it was decided that a dedicated keyboard player was needed to free Alexandra up for her vocal duties. Hilary joined the band that October, adding her considerable talents to Adastreia enabli...

Adastreia began in July 2004 when a previous musical project involving Del, Matt & Westley disbanded. After initially forming as a four-piece with Alexandra on vocals and keyboards it was decided that a dedicated keyboard player was needed to free Alexandra up for her vocal duties. Hilary joined the band that October, adding her considerable talents to Adastreia enabling them to concentrate on working on material for the Emersi EP which was recorded in June 2005 at the Adelaide Studios, Essex. Engineered by Grant Matthews, the demo contains the tracks ‘Cold Moon’, ‘Emersi’, ‘...Of Your Last Regrets’ and ‘Aislinn’. The debut EP kicked up a storm with “Cold Moon” appearing on Terrorizer’s 2005 Unsigned CD on the cover and a few months later inside the magazine Adastreia ranked as joint 4th best unsigned band with Season’s End in the end of year reader’s poll.

Dave joined Adastreia as 2005 became 2006 as a second guitarist to expand the band’s sound. While recording the ‘Masked’ single in March 2006 the band performed a show with friends Forever Never & Season’s End at the popular Underworld venue in London’s Camden Town, a stage that Adastreia would become familiar with. The ‘Masked’ single was released that April shortly before being invited to support Epica at the Underworld which served to raise the popularity of Adastreia further. Over the course of 2006 Adastreia continued to play shows in and around venues in London with Season’s End, NFD, The Deathstars, To-Mera & Xandria. The band also played a show at the UK’s Bulldog Bash festival and wrapped up 2006 with a small UK tour with Edenbridge including a date at the well-known Bradford Rio.

The beginning of 2007 was a fairly quiet period for Adastreia with time being split between writing new material, rehearsals and external commitments. The band performed a handful of London and local shows earning good reviews including a local rock festival and two more Underworld shows with To-Mera, Octavia Sperati and in June Adastreia entered the Essex-based Shack Studios to record their debut album. In September the band again supported Xandria at the Underworld which unfortunately marked the departure of Hilary from the band. Early November saw the completion of production and the release of ‘That Which Lies Within’, an accumulation of the band’s work since ‘Masked’ spread over forty-five minutes and seven tracks once again engineered by Grant Matthews and produced by Adastreia and John Biscomb from fellow Essex band Dead Beyond Buried. Also recruited was Josiah Lutton on the keys. Although stylistically different from Hilary, Josiah has brought a darker tone to the group which lends itself well to the newer material.

Time has passed since the release of the critically acclaimed "That Which Lies Within" and as with all things, time brings changes. Alexandra parted ways amicably and the remainder of the group had to make a decision regarding the future of the band and the direction it would take. They decided to approach ex Violent Asylum frontman Jamie Dodd in what would prove to be a big decision and move away from the female fronted metal scene. With a new batch of shows showcasing some new songs and re-workings of older material, Adastreia once again picked up momentum. 2009 however, saw the departure of both Westley Keenan and David Friend, drummer and guitarist respectively, and Adastreia were once again faced with a tough decision. Remaining founding members Del and Matt decided that the new material was strong enough to pursue and ex Forever Never drummer Michael Row was asked to join the group. Now with a consistent line up they got to work on the new as yet untitled EP which spans 3 songs in 20 minutes. They have appeared on Terrorizer magazine's cover mount CD and started taking to the live circuit again! Terrorizer magazine described the new sound as "Epic Blackened Death Metal" and "curiously beautiful" ...watch this space... 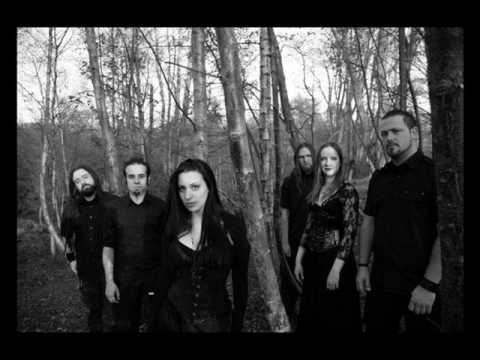