No Poet starts with a punch. Literally. On the first day of pre-production, Adam Taylor, 20-year-old folk artist and troubadour, had a fistfight with his producer—his older brother. As a young adult in Lancaster, PA, Taylor watched his older brother, Chad Taylor, tour the world as one of the founding members of LIVE. "Not every musician gets a mentor that has sold 25 million records. I get wonderful advice," says Adam of his rock and roll predecessor. “ The first day into recording No Poet, we d...

No Poet starts with a punch. Literally.
On the first day of pre-production, Adam Taylor, 20-year-old folk artist and troubadour, had a
fistfight with his producer—his older brother.
As a young adult in Lancaster, PA, Taylor watched his older brother, Chad Taylor, tour the world as
one of the founding members of LIVE. "Not every musician gets a mentor that has sold 25 million records. I
get wonderful advice," says Adam of his rock and roll predecessor. “ The first day into recording No Poet, we
decided that “Oliver” needed a bridge. Chad's an amazing producer, partly because he has been produced by
some of the greats in the past. He used this trick that he learned from Jerry Harrison [of Talking Heads]. Chad's
thought process was, ‘If I pressure Adam, like an engine he'll explode with a genius idea that stuns us all.’”
The pressure culminated in Adam making an inflammatory comment he knew would insult Chad. Of course, in
Taylor family fashion, he punched Adam in the face.
Yet the younger Taylor has no reason to feel lost in his brother’s large shadow. Citing inspirations
from Tom Waits to Saul Williams, Taylor’s old-school soul can be felt through his visually quirky, socially
conscious lyrics and ragtime-inspired folk-pop. “It’s so easy to be a poet, and so hard to be a man.” The poetry
of Charles Bukowski means more to Adam Taylor than scribbles on paper; it is the inspiration to his literate,
fist-in-the-air debut, No Poet.
Taylor has seen his share of success since the 2009 release of his first EP, Play the Piano Drunk, an
intimate, swaggering look at contemporary society. He twice played at Summerfest in Milwaukee, the world’s
largest music festival. Through online networking, social media, and a strong relationship with his fan-base, he
was able to accrue funding for No Poet in less than 72 hours. But Taylor stays humble and true to his craft.
"My mind is occupied enough to grab ideas out of the air. Writing a song is an incredibly vulnerable process.
I'd rather be caught masturbating than writing a song. I write in the car because that's where I want people to
listen to my music, with their windows down, singing every word.”
No Poet emerges as a mature look at the growth into adulthood, focusing on conflicts such as leaving
one’s home, the frustration of sexuality and questioning God. "There are these fun, refreshing, child-like pop
songs juxtaposed against songs with much darker adult themes,” Taylor explains.
The rollicking “Oliver” opens the album, detailing a long-distance relationship fraught with sexual
anxieties. The argument between the mind and heart against the voice in the pants – the pet-named Oliver of
the title – orchestrates a story of temptation, lust and the redemptive power of trust.
Inspired by the famous Ennio Morricone, composer for dozens of deliciously cultish western films in
the 60’s and 70’s, “Spaghetti Western” is the self-destructive man without a home or a name. Along his
rambling journey he drinks whiskey, defeats Christ in a poker game, gets arrested and elopes with Kali, the
Hindu goddess of destruction. At the end of the night, you may strongly consider his invitation to join this wild
and enchanting lifestyle.
The allure of “New York” closes No Poet and is sure to capture the heart of anyone who’s ever left the
hometown behind. Taylor said he wrote the song in a whirlwind of inspiration after moving from Hagerstown,
his birthplace, to Lancaster, Pennsylvania. “I’m a slow songwriter,” he says, “so when inspiration hits, I have
to get a song out right away.” The train in the song might be departing for New York City, but the sound of the
locomotive has a distinct southern blues-rock feel.
The album swells with the drama requisite of any period of emotional and creative growth. "So much of the
album is about stepping out of boyhood into manhood,” Taylor muses, “and what it means to be a man and not
just an artist.”
Read more on Last.fm. User-contributed text is available under the Creative Commons By-SA License; additional terms may apply. 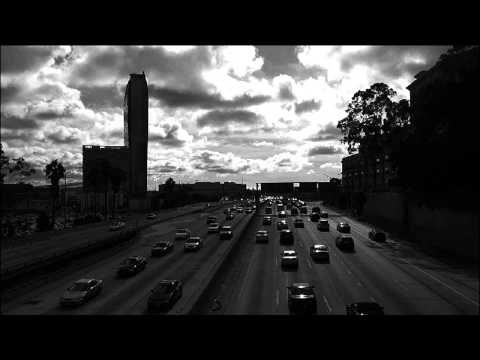