Aborted is a death metal band that originates from Waregem, Belgium. However, they are now an international band composed with members from Belgium, The Netherlands, and the United States. They were formed in 1995 by vocalist Sven De Caluwé, drummer Steven, bassist Koen and guitarist Niek. A second guitarist Christophe augmented the band in 1997 and later Steven would relinquish the drum stool to Frank. They self-released a demo “The Necrotorous Chronicles” in 1998. The band then released the...

Aborted is a death metal band that originates from Waregem, Belgium. However, they are now an international band composed with members from Belgium, The Netherlands, and the United States.

They were formed in 1995 by vocalist Sven De Caluwé, drummer Steven, bassist Koen and guitarist Niek. A second guitarist Christophe augmented the band in 1997 and later Steven would relinquish the drum stool to Frank.
They self-released a demo “The Necrotorous Chronicles” in 1998. The band then released their full length debut “The Purity Of Perversion” in 1999 from Uxicon Records. This quickly led to a split album with Christ Denied in 2000 released by Soulreaper Records.

The “Engineering The Dead” album emerged in 2001 on Listenable Records. After Frank left, the band incorporated session drummer Dirk Verbeuren (Scarve) to record the drums for their third release. Later in 2003, they released the album “Goremageddon: The Saw And The Carnage Done” as their second release with Listenable Records. The album included a cover version of Carcass’s Carnal Forge. Promotion for the album saw the band on tour in Europe with Immolation.

To coincide with European tour dates in April 2004 partnering Cannibal Corpse the band issued a special EP release “The Haematobic”. This EP comprised three new songs, a cover of Entombed’s Drowned plus studio and live video clips. Long term drummer Frank bowed out at this juncture; live dates seeing Dirk Verbeuren stepping back in as substitute. Gilles Delecroix (Belenos, Gronibard and Burgul Torkhain) having taken the drum position in March.

In December of 2004, the band yet again entered Antfarm Studios in Denmark with producer Tue Madsen to commence work on the album “The Archaic Abattoir” which was released in early 2005 through Listenable Records. Guest vocal appearances on the album included Bo Summer (Illdisposed), Michael Bogballe from Mnemic and Jacob Bredahl (Hatesphere). North American version of “The Archaic Abattoir”, issued in May through Olympic Recordings and different sleeve art.

Guitarist Bart Vergaert quit in May, a band statement revealing the ex-member was "tired of playing this kind of music". Nevertheless, The band, drafting Stephane Souteyrand (also in Yyrkoon) as replacement. This was for the tour in the East Coast with LENG TCH'E, Impaled and Malignancy and appeared at the 'Maryland Death Fest' prior to filming a promotional video for the track 'Dead Wreckoning' with director Darren Doane. North American road work continued throughout 2005, witnessing October and November shows packaged with CRYPTOPSY, CEPHALIC CARNAGE, Suffocation and With Passion. However, the band parted ways with guitarist Thijs de Cloedt and bassist Frederic Vanmassenhove in December because of personal issues. Then the band line-up therefore added new faces Seb of (Genital Grinder and Balrog) on Guitars, Matty (Emeth) on Guitars and Olivia Scemama (No Return and Garwall) on bass.

The band parted ways with both drummer Gilles Delecroix and bass player Olivia Scemama in October. The latter was superseded by Emeth’s Peter Goemaere, who debuted with the band in Tel Aviv, Israel. Later that same month the group recorded a fresh album “Slaughter & Apparatus: A Methodical Overture” released with Century Media. Two cover versions were laid down during the sessions, namely 'Slaughtered' from Pantera and Surprise! You're Dead from Faith No More. Studio guests on the album included Jeff Walker of Carcass and Henrik Jacobsen of Hatesphere.

Recently, the band released their new album “Strychnine.213” on the 24th June, 2008 by Century Media. They will be touring around North America, stopping along the way to the festival “Summer Slaughter” with death metal legends Carcass and others.
Read more on Last.fm. User-contributed text is available under the Creative Commons By-SA License; additional terms may apply. 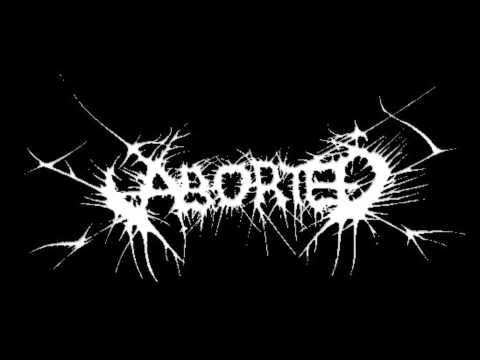