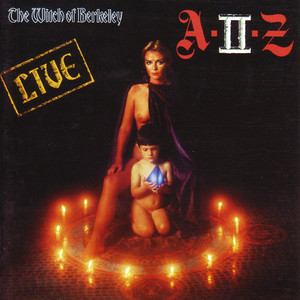 Just one of the hundreds of innovative bands that sprung to life in the midst of the NWOBHM or New Wave Of British Heavy Metal. A short lived band that had a similar sound to many of the other bands of that style. They released The Witch of Berkeley LP in 1980, which contained the punishing No Fun After Midnight Later released as a studio track on a 7" single and later a 12" EP in 1981. These are some of the most sought after records in the NWOBHM genre, as they are rare to come by. The last we...

Just one of the hundreds of innovative bands that sprung to life in the midst of the NWOBHM or New Wave Of British Heavy Metal. A short lived band that had a similar sound to many of the other bands of that style. They released The Witch of Berkeley LP in 1980, which contained the punishing No Fun After Midnight Later released as a studio track on a 7" single and later a 12" EP in 1981. These are some of the most sought after records in the NWOBHM genre, as they are rare to come by. The last we heard from A II Z was their "I'm The One Who Loves You" 7" single, and unfortunately they were swept up, like most the other bands of the times and took a back seat to the American made "Glam Metal" genre.

A II Z started to play as a band around 1978 with Gary Owens, Joining 2 members of a band that had split Dave Owens, Karl Reti and then recruited Cam Campbell. Gary had been playing in various groups in and around Manchester notably Bastille (a four piece heavy metal outfit) and being a natural rocker Gary's addition to the line up changed the direction of the groups music. It soon became apparent to the members that the natural energy of this line up was fearsome, and set about creating a sound of their own songs.

What followed was an intense six months period of writing and rehearsing, which resulted in a unique sound and style. The band then set about arranging gigs to try this sound out on an unsuspecting public! After playing a few local venues, mainly pubs rock nights and rock clubs, it became obvious that the bands energy couldn't be contained by these venues, and remarkably, having no promotional experience, they started to organize and promote their own gigs at bigger venues in the area. The result of this was a very quick recognition by local rock fans that this b and Kicked Ass!, word started to spread further than just locally.

At this point it was decided that the band should make it's first recordings in the form of a Demo tape for whoever wanted it. This demo was recorded at Smile Studios in Chorlton, primarily to get gigs and for the band to try to get a record deal. After completion it was obvious that these tapes should be used as a bonafide representation to record companies as to what the band was capable of.

What followed was pure 'show biz', as in being in the right place, at the right time! Gary had been walking to rehearsals, and sometimes pushing his equipment in a wheelbarrow. One of the houses that he passed on this long walk had gold records all over the walls and never having been shy, Gary knocked on the door to the house and asked the man who answered if he could help. After some persuasion he agreed to help by taking the demo tape to the record company he worked for in London, and give it to the head of the A+R department! The record company was POLYDOR RECORDS and the head of A+R was Alan Black. Two weeks later Gary received a call from Alan Black at the family home, Dave was there, Alan asked over the phone if they would like to sign to POLYDOR for an album and two singles!

The answer was obvious. After the euphoria had died down, the brothers realised that this in itself presented a whole new set of problems in that they had no management or representative to deal with a major label like Polydor! After a brief period of panic, they had a bright idea, they took out the yellow pages and looked up Management, there were several companies and they started to phone from the list top too bottom. The first few companies managed cruise ship bands and then one company shone out, a national management and promotion company called Kennedy Street Enterprises. This company managed 10 CC and Sad Cafe' amongst other bands, and had promoted gigs for the likes of Rod Stewart, KISS and Roxy Music, more importantly, they were based in Manchester. It seemed fairly obvious that to deal with a major label you needed heavyweight management. After an initial meeting with Tony Fletcher (a terrific guy and champion of the band, sadly no longer with us) and later Rick Dixon (manager of 10 CC) and a listen to the demo tapes Kennedy Street decided to take the lads on board.

At this point A II Z was still promoting it's own gigs, it was at one of these gigs at a local school (Hazle Grove High) that Polydor sent a mobile recording studio, with an engineer and producer, to the show. The idea was to capture the bands live energy in its natural environment, which was on stage. The resulting tapes were to become A II Z's first release, a live album titled THE WITCH OF BERKELY. The album is as close a representation of A II Z live as you will get in those early years, rough and ready, but packed with high energy and fun, as the crowd response shows. Astonishingly this album was recorded on what would now be described as 'primitive' recording equipment, the fact remains however that the limitations of the medium in no way hide the sheer enthusiasm, aggression and free spirited nature of this work. Unfortunately during the signing process an un-resolvable disagreement occurred between Cam Cambell and the band and sadly Cam departed. Auditions were held at Belle Vue Queens Hall, Tony Backhouse got the job.

The Witch of Berkely became the springboard for A II Z's first tour dates supporting an up and coming band called Iron Maiden. This tour, although not apparent at the time, was one of the first real tours touting The New Wave Of British Heavy Metal (NWOBHM) movement, and public records confirm A11Z's rightful place within this exciting time. A II Z's next 'tour de force' was a 12-inch E.P. (remember those?!) in red vinyl titled "No fun after midnight". The record was initially banned by Radio 1 because of it's lyrical content which at the time was considered too 'graphic'. It did nothing however to stop this record becoming number one in the heavy metal chart's of just about every musical journal of the time, and consequently led to a major tour with Black Sabbath on their British leg of the Heaven and Hell tour. A II Z went down a storm on this tour, the crowd would be chanting A II Z as Sabbath came on at many gigs, Sabbath were great with the band and allowed them encores.

After the success of the Black Sabbath tour Polydor decided to enlist the help of Russ Ballard, a member of the now legendary Argent and writer of the hit "Since you've been gone" by Richie Blackmoore's Rainbow. Russ was to pen a tune for the boy's, resulting in the single "I'm the one who loves you". The single was recorded at Red Bus studios in London and was engineered by Louis Austin who at the time was working with Judas Priest. The producer Andy Scott (chosen by the band themselves) was also a legend having been the guitarist and driving force behind The Sweet, one of the biggest rock bands ever produced by Britain in record sales and popularity!

The single was released on the back of another tour with Girlschool, and reached number 50 in the national singles charts. One could argue that if Radio 1 had banned this one it would probably have gone higher! The tour was a great success but the band decided to split in 1982 for a variety of reasons, mainly contractual & financial. A classic 'art versus business' situation developed and the two things, as most people know, have always been uneasy bedfellows!

However you see A II Z's place in the greater scheme of things, the fact remains they are worthy of note in the resurgence of the British home grown metal bands of the late seventies and early eighties. From what we have been told, it may not have ended, just yet? Read more on Last.fm. User-contributed text is available under the Creative Commons By-SA License; additional terms may apply. 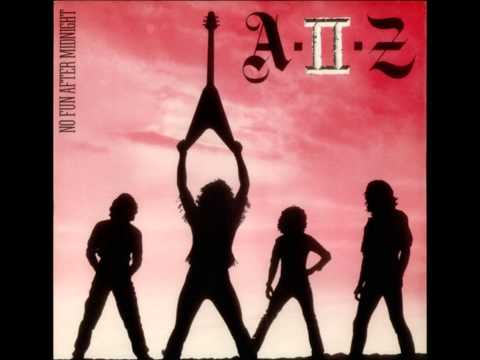 No Fun After Midnight