7Horse began as a hypothetical: What if, longtime band mates Joie Calio and Phil Leavitt thought, we bury our musical past and see if we can discover rock ’n’ roll’s Ground Zero? That question having been explored in bold fashion on their 2011 debut “Let the 7Horse Run,” the blues duo returns with an even deeper sense of purpose on the follow-up, “Songs for a Voodoo Wedding” (due June 10). The larger question: What if the mission were not to locate rock ’n’ roll’s chewy center, but to find and...

7Horse began as a hypothetical: What if, longtime band mates Joie Calio and Phil Leavitt thought, we bury our musical past and see if we can discover rock ’n’ roll’s Ground Zero?

That question having been explored in bold fashion on their 2011 debut “Let the 7Horse Run,” the blues duo returns with an even deeper sense of purpose on the follow-up, “Songs for a Voodoo Wedding” (due June 10). The larger question: What if the mission were not to locate rock ’n’ roll’s chewy center, but to find and channel their own personal identities?

“I’m a grown man with wants and needs and temptations and faults, and I’m not gonna be afraid to write about any of it,” says Leavitt, the singer/drummer whose sometimes-bawdy, always-honest narratives are filtered through an array of vintage microphones. “Everybody now wants to tell you how sensitive they are. Enough of that. Where’s the attitude? Where’s the swagger? If we can be a two-man Rolling Stones, I say we go for it.”

Adds Calio, who spent much of his career as a bassist before refining the finger-picking and slide skills asked of a blues guitarist: “I feel like on a base level this is what I’m all about as a human being. I feel like we’ve found a renewable source of energy.”

It’s all the more remarkable considering 7Horse started as a trial balloon, with Calio and Leavitt exchanging riffs, lyrics and song sketches via iPhone from their homes in Seattle and Los Angeles, respectively. Those ideas in hand, the pair blew through studio sessions that saw them arrange, refine and record one song per day. The results coursed with rawness and immediacy, and it’s a process they replicated in making “Songs for a Voodoo Wedding.”

Part of what informed the sophomore album, however, was the “quality” time Calio and Leavitt spent together in the interim. Though accustomed to touring in the relative luxury of a bus for much of their careers, the pair piled into a van to tour the U.S. behind their first record. On the vehicle’s stereo for most of the slog: The masters, such as Johnny Cash, Waylon Jennings, George Jones, Merle Haggard, along with early blues legends such as Little Walter.

“The more country we listened to, the more it percolated in me,” Calio says. “On the first record we were just creating the essence of the band right there in the studio and we had no well to go to. Now we have a really good idea of what we want to tap into.”

It was during the time between albums that 7Horse received the phone call that would change their lives — at least, the life of their new project. It was from a representative of director Martin Scorsese, saying that the single “Meth Lab Zoso Sticker” was being considered for use in the film “The Wolf of Wall Street.”

“Every night we were out playing like it was our last show, lugging our gear, putting our nose to the grindstone,” Calio says. “The movie was not a sure thing, but we weren’t going to sit around waiting for the phone to ring. We kept looking forward.”

The song ended up with a nice cameo in the movie, as well as an appearance in the trailer. “There’s a certain level of validation when Martin Scorsese thinks your song is good enough for his movie,” Calio says. “That was the proverbial shot in the arm. We weren’t looking for it, but we had done everything right. We’d worked our asses off. And sometimes stuff like that comes to you.”

The unfinished business of making “Songs for a Voodoo Wedding” awaited, and Leavitt and Calio attacked it with vigor. Sessions for the album were divided between three locales — In the Pocket Studios in Forestville, Calif.; Sage & Sound Recording in Hollywood; and Third Ward Records in Milwaukee. Each of the album’s 11 tracks were recorded live, with as little overdubbing as possible, with Jon Chi, Scott Gordon, Gregory Haldan and the band co-producing. The album was mixed by Dave Way and mastered by Howie Weinberg.

Much of the inspiration for the record came thanks to an actual voodoo wedding — some friends of Leavitt, in renewing their vows, staged one in New Orleans. The Big Easy is a city the drummer had visited often while on tour, but he’d never spent considerable time there. “It got the juices flowing,” Leavitt said. “You hear about how great New Orleans is, what a mecca it is … It’s all true. It’s exactly what I was looking for.”

Leavitt drew from the trip to conjure up the initial idea for the album’s first single, the country-fried “Flying High (With No ID).” Imagine negotiating airport security 1) having left your driver’s license at home, and 2) sucking on a cannabis lollipop. It adds a whole new meaning to reaching cruising altitude.

Other songs found their spark in the simple explorations of off-the-beaten-path New Orleans, the sights and sounds of which gave the co-writers plenty of fodder. “It’s inspiring just to walk down the streets there,” Leavitt says. “You are just overcome by the sense of freedom, and to embrace life. There’s a spirit you can’t find anywhere else.”

The Stonesy “Carousel Bar” was born during tours of the French Quarter. The pugilistic “Some MF” pulses with grooves inspired by the Rebirth Brass Band. And “Headhunter Blues” is testosterone-charged chin music with a baseball metaphor — “You’re comin’ up and in on me” represents an unflinching batter’s reaction to a high-and-inside fastball.

As if “Songs for a Voodoo Wedding” doesn’t sound boozy enough, there’s a song the duo hatched about Leavitt’s favorite drink, the predictably woozy “So Old-Fashioned.” Then there’s the other side, “Before the Flood,” a paean to the inevitable hangover.

But it’s the almost-boyish enthusiasm with which Leavitt and Calio undertook the album that shines through. One night during the Forestville sessions, Leavitt had an ah-ha moment and rushed out of bed toward the studio — only to run face-first into a sliding glass door, busting up his nose. On a side trip to San Francisco, Leavitt became smitten with a street musician playing a cane flute, so he asked the man to give him a lesson, recording it on his iPhone, naturally. Then he bought a cane flute and incorporated it into a song. And the album-closing ditty “A Friend in Weed” (“is a friend indeed” goes the rest of chorus) was written on the fly for a gig at a music festival in the town of Weed, Calif.

From Calio’s dirty blues licks to Leavitt’s earnest, unadorned vocals, “Songs for a Voodoo Wedding” sounds like the work of two guys who’ve turned over the soil and found the roots. In other hands, the barebones rocker “I Know the Meaning of Rock ’N Roll” would sound like an audacious declaration, but, as they say in country circles, this is not the duo’s first rodeo.

Even if, Calio points out, it doesn’t feel like a do-over.

“We don’t feel like this is the second bite off the apple,” he says. “That was a different apple. This is the one.” Read more on Last.fm. User-contributed text is available under the Creative Commons By-SA License; additional terms may apply. 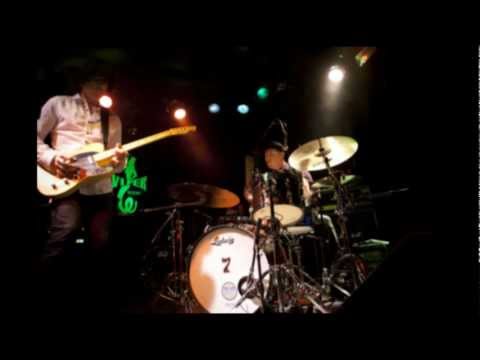