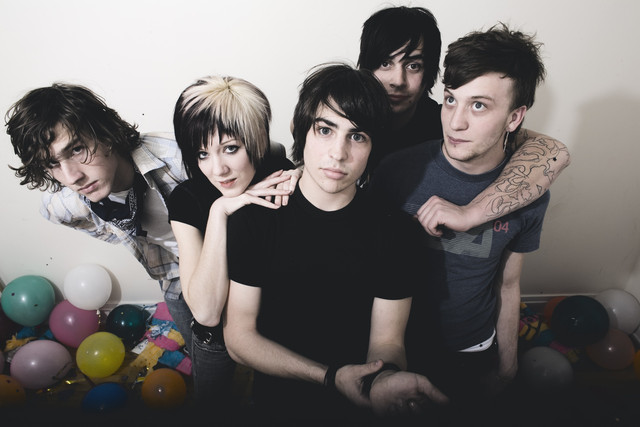 1997 is: Nick Coleman - Drums Arthi Meera - Vocals, Keyboards, Guitar Caleb Pepp - Guitar, Vocals Brian Oster - Bass Cody Josephson - Harmonica, Guitar Twelve months can make or break any band. The up and downs, the personal trials, and the months away from home are enough to pull at the toughest heartstrings. Fortunately for Chicago’s 1997, the time between the release of their debut …A Better View of the Rising Moon and their newest work On the Run, was not only career changing; it was life...

Twelve months can make or break any band. The up and downs, the personal trials, and the months away from home are enough to pull at the toughest heartstrings. Fortunately for Chicago’s 1997, the time between the release of their debut …A Better View of the Rising Moon and their newest work On the Run, was not only career changing; it was life asserting.

Though the transition was positive, it wasn’t easy. 1997 began in the suburbs of Chicago in 2006, practicing in rundown attic apartment. Their downstairs neighbor was an elderly deaf woman, making for an ironic and perfect place to practice. They created songs on guitar and tambourine about life and what it means, beautifully crafted with a wisdom belying their age (18, 19 and 20). Local shows with a mix of original songs and Bob Dylan covers caught the attention of indie mainstay Victory Records. This effervescent band with a delightful youthfulness was signed and set to debut their first record in April of 2007.

After wrapping up the recording process on ...A Better View of the Rising Moon, however, 1997 went through a change that is tough for any band to face. Vocalist Kerri Mack had to part ways with the group directly before the album was released due to unforeseen circumstances, putting the rest of the members through an uncertain limbo. As fate would have it, Alida Marroni was introduced to the band through a friend shortly after. A few practices proved that she had what it took to fill the void. Her classically-trained background complemented the bands rock roots in a unique way. 1997 powered on.

Through the year that followed, the momentum grew. 1997 took their music to the road, giving a piece of themselves to their audiences night after night. They slept in their van, dumpster dove for dinner, did anything they could to keep moving and bring their music to new ears. These young and ambitious musicians believed in the songs they were playing and wanted the world to hear them. Accomplishments like being named Spin.com’s “Band of the Day,” coast to coast tours with bands like Aiden and The Audition, and praise from critics everywhere affirmed that their hard work was paying off. After selling thousands copies of their debut, they knew it was time for a follow up.

1997 entered the studio in January of 2008, after the arrival of guitarist Caleb Pepp’s daughter, Lily. The warmth this lovely gift brought to the song development was a welcome addition. Producer Steve Haigler (Brand New, As Tall As Lions) recorded them at VuDu Studios in Freeport, New York, working side by side with the band to create a record that would reflect their year of growth. A month of round the clock recording and exacting resulted in something truly exquisite; eleven songs the band would entitle On the Run. A record of change and enlightenment inspired by realized dreams and obstacles overcome. The intertwined vocals of Pepp and Marroni, as well as that of Kevin Thomas, beautifully sing lyrics of reflection. Alan Goffinski and
Cody Josephson bring depth with the intricacies of their bass, guitar, harmonica and even a singing saw. The organic way in which Nick Coleman adds structure through percussion rounds out an incredible listen.

1997’s sophomore recording is a timeless piece with influences from folk to pop to rock, a record that anyone young or old can enjoy. Listen to it with your family, your friends or even by yourself and be affected by its gentle ferocity and youthful attentiveness. Though its title is inspired by the act of leaving, On the Run and 1997 are here to stay.

As of 2010, the band decided to take an break resulting in the band's split.

check them out on the web:
http://www.myspace.com/nineteenninetyseven
http://www.victoryrecords.com/1997
http://www.partylikeits1997.com/ Read more on Last.fm. User-contributed text is available under the Creative Commons By-SA License; additional terms may apply. 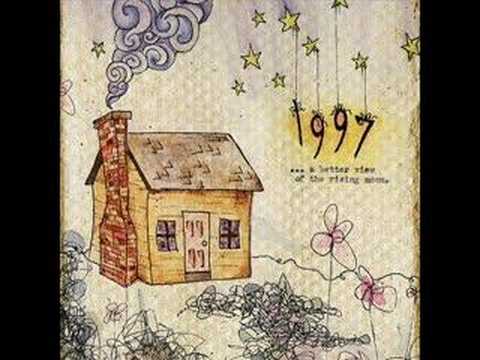