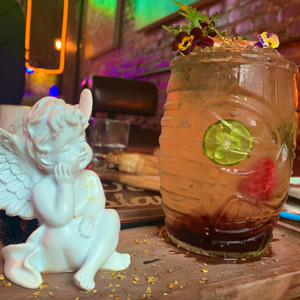 1. Formed in 1992 in New York, 13 are a sludge/doom metal band with members of Electric Wizard and Sourvein.
With lyrics that often focus on alienation and abuse, they started out as Thunderpussy 13 in 1990. Guitarist Liz Buckingham, and drummer Ellen Mieczkowski, were the founders of this creation. After dropping the name 'Thunderpussy', they recruited singer Alicia Morgan (who is also the girlfriend of Mike Williams of Eyehategod) and bassist, Sean in 1992 (who left in 1993).
Inspired by Celtic Frost, St. Vitus, Melvins, Winter and Mountains, their mission was to play music "that hurts you physically when you hear it!". Their first demo contained three songs and had a guest appearance by native New Yorker Dan Lilker of Nuclear Assault and Brutal Truth.
They also did split 7"s with Grief (a band they were closely tied with) from Boston, MA, on Grievance Records and Eyehategod. After playing several shows in and outside of New York with bands such as Pungent Stench, St. Vitus, Buzzoven, Misery, Chaos UK, Cathedral, Pentagram, and Incantation, and releasing the single Hollow on Relapse Records, the band called it quits. 13's Liz and Alicia also recorded with members of Eyehategod in a side project called Never, and Liz is currently playing with Electric Wizard.

3. 13 from Amsterdam, The Netherlands, plays an indie brand of 'big city blues', formed in 1995 and fronted by Robin Berlijn. The other band members are Henk Jonkers (formerly in The Fatal Flowers) and Dick Brouwer (formerly in The Soft Parade).
The band played many a live show in The Netherlands in 1995 and 1996, but their début album was never finished... until fifteen years later: the album (11) was finally put out on Excelsior Recordings in 2010.

4. 13 is a DJ and Producer Originally from Seattle, now residing in Los Angeles, is the owner and creator of DJTEQ Studios, "by DJ's for DJ's" a full service studio specializing in electronic music production.

As a DJ, 13 trancends the lines of genre delivering a slab of innovative tunes with his flawless mixing style, programming and track selection. Well known for breaking tracks and rocking crowds all over the West Coast and soon to be the World. Early influences include: Depeche Mode, New Order, Soft Cell and classic rockers such as The Steve Miller band and Dire Straits. He has shared the stage with renowned DJs such as Ministry of Sound's Paul Sparkes, DJ Icey, EVA, BPM, MarQ, Chronus, and has a knack for breaking new music. 13's background in mechanical engineering has helped define his production work, where he creates the dirtiest broken beats to the techiest of trance. He has worked with Medway (Bedrock and HooJ), EVA (Global Underground), and Richard File (Unkle). Heavily influenced by Sasha, Digweed, along with a fondness for all things Bedrock, and early Oakenfold, Nick Muir, Shiloh & Weekend World. (this taken from his myspace site).
You can also find more info about him here www.djteq.com and www.myspace.com/dj13 and http://people.tribe.net/dohcvtec187

5. 13 was also a Kansai metal visual kei band that split up in January 2007. They released two singles and a mini-album before departing the scene after two years. See 「13」 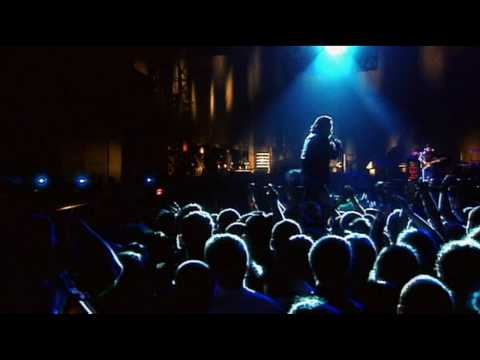 U2 All I Want Is You (Slane Castle Live) HD