After leaving the group Walk Choc Ice (Warner Music) in 1995, Zdeněk Bína -- an exceptional musical talent and the current guitarist, singer, and frontman of –123 min. -- spent long hours improvising musically with his friend, drummer Dominik Tůma, a pastime which gradually moved the two into public performances. Such were the simple beginnings of the celebrated musical trio –123 Min. in 1996, noted for combining captivatingly funky energy with unique elements of jazz, blues, and ethno music in...

After leaving the group Walk Choc Ice (Warner Music) in 1995, Zdeněk Bína -- an exceptional musical talent and the current guitarist, singer, and frontman of –123 min. -- spent long hours improvising musically with his friend, drummer Dominik Tůma, a pastime which gradually moved the two into public performances. Such were the simple beginnings of the celebrated musical trio –123 Min. in 1996, noted for combining captivatingly funky energy with unique elements of jazz, blues, and ethno music in their sound and shows.

In 1997, Fredrik Janáček joined –123 min; a musical addition that was critical for the future development of the band. This bassist of Swedish origin honed his skills by playing in the Scandinavian group Isildurs Bane (which released several self-produced albums) and two Czech bands - Sluneční orchestr (The Sun Orchestra - three CDs for BMG, Warner Music & Faust Records, respectively) and Sluníčko (The Little Sun – one CD for BMG). In Fredrik, Zdeněk Bína found a musical soul mate and fellow songwriter, and he quickly became a cornerstone of –123 min.’s distinctive sound. Together, they now form the creative nucleus of the band.

In 1999, they released their debut album Shooba Dooba (recorded with drummer Václav Zima), an album which took the Czech music critics and culture by storm. The album received several of the nation’s top musical prizes: the Newcomer of the Year award in the two most prestigious Czech musical magazines – Rock & Pop and Rock Report – and the 1999 Czech Grammy from the Akademie popularní hudby (Popular Music Academy, APH) for Best New Artist.

This achievement was all the more remarkable in that they achieved this by breaking into the mainstream and garnering major critical and commercial interest without any affiliation or support from a major label, a point that reflects the independent and self-reliant spirit of -123 min. Since then, “the Minutes” (as they are known informally) have hardly been able to keep up with the increasing demand for their music and live shows; performances which are always notable for their unrestrained improvisation and charismatic energy which demands your attention and draws you in.

In May 2000, Emil Valach, then playing with Bára Basiková and Liquid Harmony (Sony Music), joined –123 min. as the new drummer. With this line-up, the band returned to the studio to record Try, an album with a wider musical scope than the previous. The album was released in March 2001. The group then signed with the distinguished independent label Indies Records, which issued their third album Home? in 2002, a record that further explored the edges of –123 min.’s ever-expanding boundaries of musical influences and interests.

Although the band has achieved widespread critical and commercial success, their music remains off the radar of contemporary Czech radio due to the reluctance of local programmers to play and promote any local bands who sing in languages other than Czech; a point, however, that should only underscore the creative and popular potential of the group. Despite utilizing English lyrics and a non-traditional sound, they continue to build and draw large interest within and across diverse alternative and grassroots musical networks that span the globe. These people recognize that the music of –123 min. has never been calculated. Perhaps this is one of the reasons why –123 min. were again nominated for the Czech Anděl Award (Angel; formerly known as the Czech Grammy) in 2002, in the prestigious category of Best Rock Album of the Year, for their album Home?.

On New Years Eve 2002, Emil Valach left the band to pursue his individual interests in computerized music. Since January 2003, Martin Vajgl (previously of the band Vltava – five albums on EMI and Sony Music), has been the drummer of –123 min., and it is with this stellar line-up that the band toured clubs and festivals throughout Europe and North America during 2003.

In May 2004, the band went on an extraordinary tour throughout the Czech Republic and Poland as -123 min. XL, i.e. augmenting their sound with keyboards, brass and percussion and an enhanced stage setting. The tour was partly perpetuated in a recording that resulted in the band’s longed-for first live record XL Live, which was released in September 2004.

In 2005, they have signed with Humbug, a sub-label of Universal Music, and named their 5th album Mom. For this album –123 min. were nominated for the Czech Grammy (Anděl) in the "Best Sound" category.

In April 2008 Martin Vajgl leaves the band and is replaced by Miloš Dvořáček.

-123 min. announced their split in December 2009, only weeks after the release of their last studio album Dream. 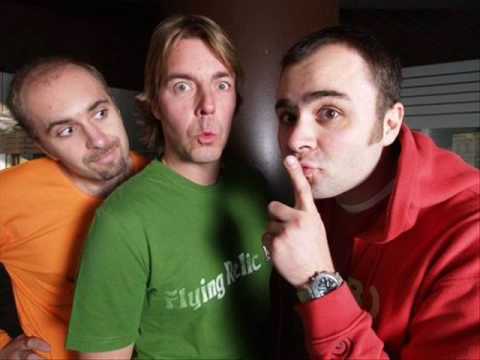 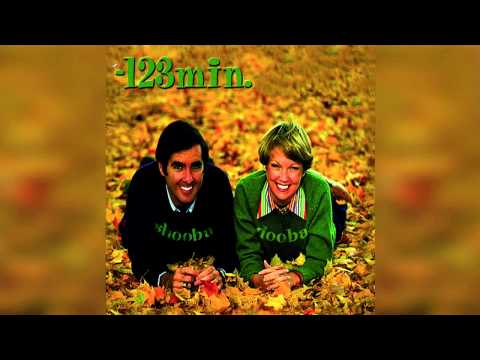